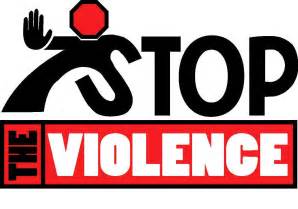 V is for Violence

My husband came to Australia in 1999. At the time he made the comment on how different Australia was to the USA. It was different in regards to the fact that our community was racially white, there was very little crime reported on the news, and it was safe to walk around our suburb alone.

Last night we were watching the news and my husband made the statement. 'Now we're getting like America.' He was referring to the fact that crime and violence have increased. Instead of a few random incidents from around Australia, we are inundated every night with multiple incidents from each state. And the worrying trend is that the perpetrators are getting younger. Just a couple of days ago a twelve-year-old stabbed a ten-year-old. Having been a teacher in the public system this does not surprise me. I taught children of that age who I thought were capable of committing crimes.

I thought I'd investigate my husband's feelings, and went to the Australian Bureau of Statistics. His feelings were validated. The report on Offenders said that over the last four years there has been a steady increase, which is compounded by the increase in population.

So why?  What is happening to our society? Is it that people are coming from many different countries so there are racial or other tensions? Or people are coming from countries where crime is a normal part of life and they bring that way of life here? Is it the government's preoccupation with making mothers and fathers work, and their push to put children in childcare which are often run by young girls, who are not mothers themselves? Is it society's lack of discipline for young people? Is it marriage breakdowns and lack of role models for boys? Is it that young people don't know how to amuse themselves in a safe manner? Is it TV or the movies where violence is often portrayed? Is it the video games people play? Is it the rise in alcohol and drug abuse? Is it addiction to gambling? Is it the lack of jobs and the high unemployment rates, and the subsequent financial pressures? Maybe it's the complex interrelationships of all these things.

The Australian Bureau of Statistics identified illicit drugs as being the most common offence, particularly in the 20-24 year age group. Drugs have become the scourge of society. 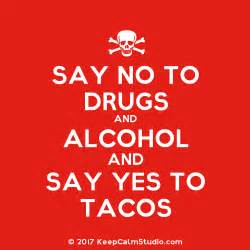 There is one thing that has changed since 1999 which is positive. And that is the awareness and speaking out on domestic violence. I was a victim of domestic violence. I didn't know it was domestic violence at the time as I'd never heard the term or knew what it was. I just knew that the way my husband treated me was sucking the life out of me. I didn't know that the threats he gave me when I said I was leaving, was a common thing in a domestic violence situation. He told me that if I left him then he would come after me and get me and drag me back home, as I belonged to him. Fortunately, just before I took my own life, an opportunity arose where I could escape, and with the support of my parents and a friend, I was able to be protected and supported. It still stays with me though. It has been nearly twenty years but I still get panic attacks when I see a man who looks similar to my ex-. After my divorce came through in 1999, I started noticing ads on TV talking about domestic violence. I remember staring at the TV in shock and saying out loud, 'That's what I've been through.'

I also looked at the statistics for domestic violence on the Australian Bureau of Statistics website. The stats showed that it is on the increase.

Last year a friend was murdered by her partner. How many more women, and men, are going to die in these toxic homes? And why is domestic violence on the rise? Is it because women now know it's a crime and are reporting it? Is it because there is still a major lack of respect for women? (Men and women can be victims of DV). Is it because DV Orders are often ignored and police can't do anything unless a crime is committed, and then often it is too late? Or is it a combination of the issues raised above or is there something else seriously lacking in our society? 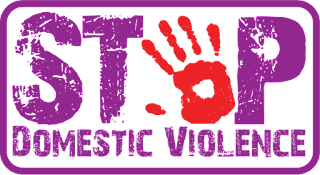 I have lots of questions but I do not have the answers. If things continue the way they are, what will our society be like in another twenty years?

In our communities across the country, we need the kind and generous and good people, of which there are many. We need those people to stand up and be seen. Yes, there are plenty of people who have morals and would rather help people than hurt them, but they're not heard about very often. The media needs to take more time to focus on these angels of our society. Maybe if the great things that are happening were promoted, then more positive things would happen. What if the first ten minutes of the news was a report of the wonderful things that had happened that day around Australia, instead of the crimes and violence? It's a thought...