Who will accept me as I am?

Why can’t they see past my exterior?

They think I’m a yak… but I’m really a lamb.

B is for Belonging

In primary school I always had a few good friends but I was never in what I considered, ‘the pretty, popular group’. I would look at those girls with envy, because they seemed to have it all. They were the ones who were chosen first for sporting teams, games and dancing. I was one of the last, or the last, to be picked. Always soul-destroying. As a child I thought being popular meant you had it made.

By the middle of primary school I had picked out one of the girls, Lisa, who I saw as being gorgeous. I convinced myself that if I hadn’t been born with my craniofacial syndrome, then I would have looked like her, and I would have had a better life because of that.

I only have one vivid memory of being evicted from a group. It was in Year Five and Abba was huge. We made up an ‘Abba’ group and I was in it. I can’t remember who I actually was but I was so excited! We were practising the dancing and singing in the withdrawal room, which was a little room adjacent to the classroom. I left the withdrawal room to go to the toilet. When I came back I had been kicked out of the group and relegated to working the cassette player. I was devastated. It hurt. Why wasn’t I good enough to be in the group? Was it my face?


Again in high school. I had a few good friends, and I had a best friend. It wasn't long until the popular group became known. They were the girls who seemed to have it all. The looks, the sporting abilities, the charm, the first picks. Those of us who weren't in the popular group (the poor girls, the simple girls, the ugly girls, the uncoordinated girls) looked at them without envy, but with disdain.
Now time has travelled along since the 70s and 80s, but not a lot has changed. Popular groups are still in school and kids want to know they belong. It's a fundamental human need. We see on the news all the insane things kids do to be part of a group, and how terrorists are using this need to their advantage. Too many teen suicides are also occurring because of cyberbullying. Other kids telling them that they’re not good enough, that they don’t belong.
Adults too, want to belong. Many change themselves to fit in. Whether it be by way of cosmetic surgery, make up, clothes, having the latest IPhone and technology, drinking, gambling, drugs, showing off. The list goes on. People want other people to like them. They want to belong.


So what am I trying to say?
Did it really matter that I was never in the popular group? No of course not. It did affect me at the time because no one told me that it didn't matter. In hindsight what really mattered was that I had friends who loved me for me. They accepted that I had a different face, and embraced my individuality. I didn't have to try and be someone else. And that was a gift.
It’s healthy to belong, to know that you are liked by other people. But if you can't be yourself it's not healthy, instead it's toxic. Whether you're a teen or an adult, find people who are similar to you. People who you have things in common with. Find people who will encourage you, care for you, support you and speak positively into your life. If you feel inferior or not good enough, keep looking. Being popular in school really doesn’t mean anything. School comes, and school goes. People who have been to high school reunions know this. The popular kids usually just have regular jobs. They aren’t stars. Being popular didn't get them further in life. The adult world can be more difficult but again, it’s all about perspective. If you don’t fit in at work, do your job and work hard. Find your peeps out in the real world. They are out there. I found mine, and you can too. :) 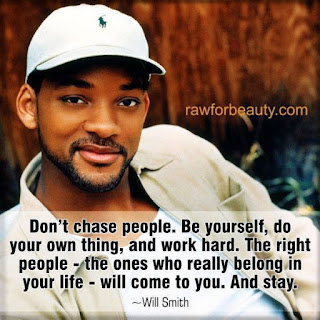