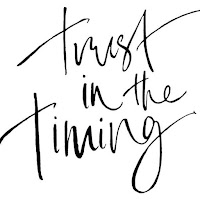 T is for Timing 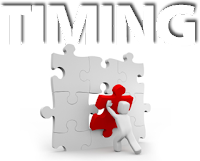 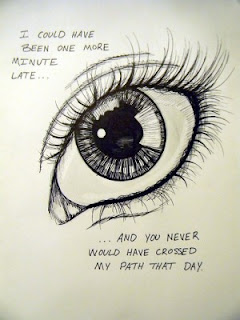 One of my favourite movies is Sliding Doors. The story follows Helen (played by Gwyneth Paltrow) who loses her job at a classy London PR firm and on the way to the underground is attacked by a purse-snatcher. She misses her train and in so doing, doesn’t catch her boyfriend Gerry in bed with his former girlfriend. The story then looks at what would have happened in parallel, if Helen had caught the train; How would her life have turned out if she had caught Gerry? Two different scenarios, all caused by missing or catching a train.

This movie really makes you think about timing – and even the timing of one or two minutes. 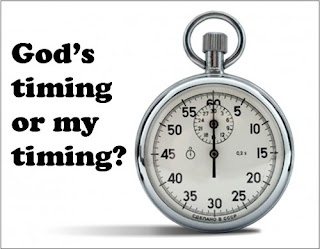 Now as a Christian I believe my life is planned out by my higher power. In having faith in the God of the universe, I believe that things will happen at the right time. Now if I was a really patient person, who never questioned God’s timing on things, everything would be cool. My problem is that I am human – fancy that – I’m human. I want to be in control of the timing of events in my life... I want things to happen when I say for them to. And when things don't, I get angry and upset and disappointed. I have to keep telling myself, Everything happens for a reason. You know that saying don't you? I bet you've even said it.

In 2013 I had a breakdown. My anxiety and depression was severe and I fell in a heap. I ended up having to leave my job as a teacher, and totally felt lost. I didn't understand why my career had ended so abruptly. Now in 2017, I can see that God had other plans for me. My time of teaching had finished. Since 2013 I have ventured out of the child's world and interacted more with adults, I've written blogs and books, studied youth work, advocated for inclusion, mental illness, facial differences and disabilities. I even entered the world of public speaking. None of these things would have happened if I was still in the classroom.

Even a couple of weeks ago we were nearly in a car accident. A car crossed the road in front of us, my husband slammed on the brakes, and we just missed the car. A few seconds earlier, or if my husband had been distracted, things would have ended up very differently. 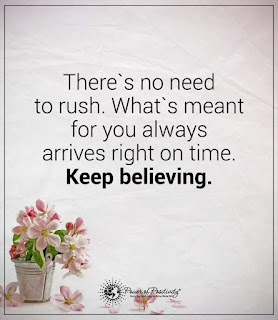 So when you're waiting on the right time for things, do you sit around and fiddle your thumbs or do you step out and try things? I'm not good at just sitting around so I do step out in faith and try things. Since leaving teaching I have applied for several jobs which I really wanted; one door opened then closed a year later, and the others haven't opened at all. This has left me upset and confused, particularly when I and all my friends believed the signs were there to say I was going to get the jobs.

When these things have happened, I've had to tell myself the above quote: There's no need to rush. What's meant for you always arrive right on time. Keep believing. I must believe there's a reason why and time will reveal all. My patience is constantly being tested.

Do you believe in timing?
Can you identify with what I have been saying?
Have you had a sliding doors moment in your life?
Are there things that have happened, or haven’t happened to you or someone you know, that have blown your mind?
Feel free to share them with me. :) 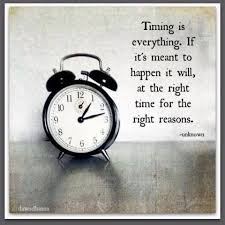