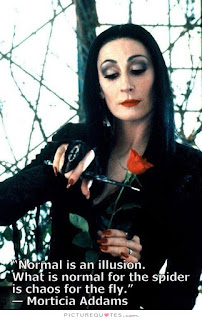 N is for Normal

Definition for Normal: conforming to a standard; usual, typical, or expected. 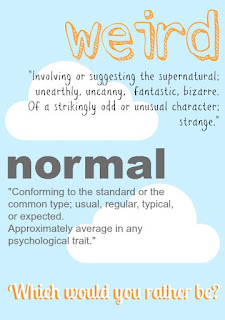 I think about this word a lot. I ponder its meaning. When it's used to describe people, I ponder who it actually refers to... and I ponder its origins.

Because the word ‘normal’ infuriates me.

In fact I hate hearing it and I hate using it. But you know what? I find this word popping out of my mouth and I want to slap myself in the face. I quickly change the word ‘normal’ to ‘regular’ – but what does that mean??? 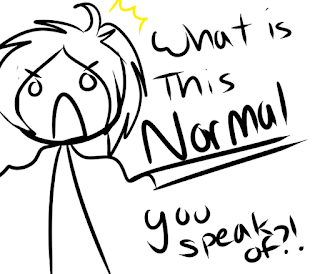 Why do I feel this way? Because 'normal' is a word that I have heard in a negative context for my entire life. For 48 years I have heard it oozing from the mouths of medical professionals in particular, in reference to myself and my children. 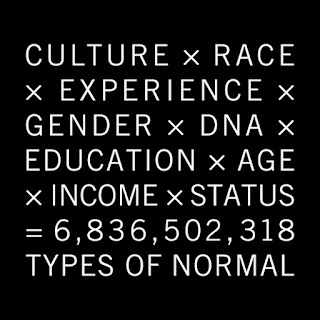 Now I am going to get on my soapbox here so either keep reading or switch off. 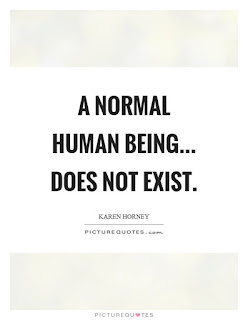 The definition of normal is 'typical' or 'conforming to a standard'. When referred to people it would probably be the average idea of what a human is, or what the standard reality is for people.

There are different contexts where the word can be used to refer to people. We use the word normal in our everyday vernacular. We might say something like:
I don't have a problem with the word in these instances.
`

What I do have a problem is, when the word 'normal' is used to describe people, to exclude people, to make people feel that they're not good enough and when it's used as prejudice.
Why? Because NO ONE is normal.

Let's take a step backward. What do you think a normal person is?
Here are some more questions to think about:
***

I grew up in a world that said I was ‘abnormal’. I was ‘deformed’. I was ‘defective’. All due to one gene mutation in my DNA that I couldn’t control. I was given this label which defined me. It made me feel like an alien in the human race. I wasn't normal so that meant that the 'normal' people in society could make fun of me and exclude me from things that other people of my age took for granted. I wouldn't say I have enjoyed being 'not normal' but I have been able to carve out my own unique life and I have been able to help other people who also fit in the world's 'not normal' bubble. Those people who are physically, psychologically or intellectually different. Those people who are considered weird or eccentric. The shy, the fearful, the strange.

In our household being unique and an individual is normal. We nurture our uniqueness. I want my children to be themselves. I don’t want them conforming to what the world says they should be. If they choose to stand out then that’s fantastic. If they choose to blend it, that’s fantastic too. As long as they are doing it because that’s what they want – not from peer pressure or the controls of society and the media. 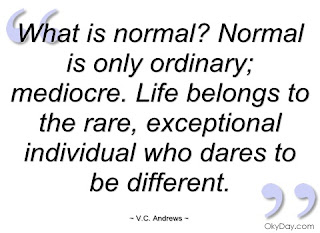 Look at this meme. It says it perfectly. Which one of these people is normal?

Or are they all normal because they don't look disabled? 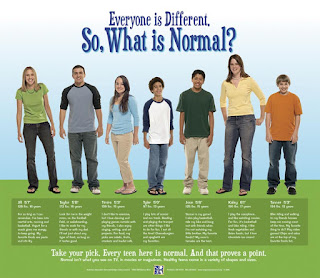 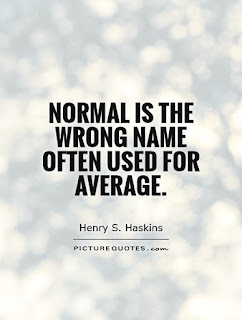 I hope I have provoked some form of self-reflection on the use of this word. Let's just think about how and when the word is used. It would be much better to just be used in the following context: 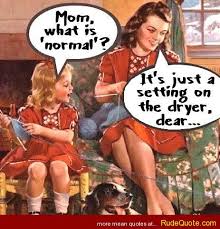